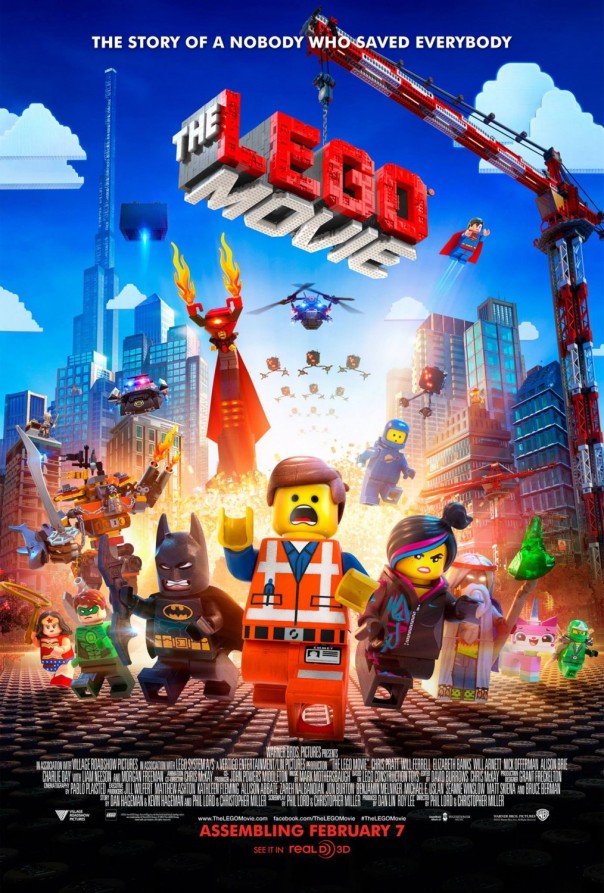 starring the voices of

Chris Pratt, Will Ferrell, Elizabeth Banks, Will Arnett, Nick Offerman, Alison Brie, Charlie Day, Liam Neeson, and Morgan Freeman. It is the first film produced by Warner Animation Group. Based on the Lego line of construction toys, the film tells the story of Emmet (Pratt), an ordinary Lego minifigure prophesied to save the universe from the tyrannical Lord Business (Ferrell).

Posted on August 4, 2014, in films. Bookmark the permalink. Leave a comment.