Join us—Bring a chair, Bring a friend and watch ~~ 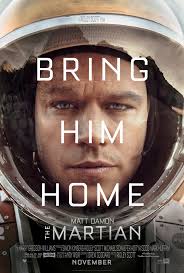 During a manned mission to Mars, Astronaut Mark Watney is presumed dead after a fierce storm and left behind by his crew. But Watney has survived and finds himself stranded and alone on the hostile planet. How will he survive?  Or will he?

Remember–if it rains or is forecast to rain we may postpone to the following Wednesday. We will notify via social media so check here, on our Twitter feed @VVPAJC , or on our Facebook page:Van Vorst Park Association.  You can also subscribe to our mailing list at: vvpa.org

Our full 12th season will be announced next Wednesday~

We would like to take this opportunity thank Dixon Leasing:A subsidiary of Dixon Advisory again for their generous donation last year that helped us purchase a new screen & projector!  Thanks as well to Friends of Van Vorst Park & The City of Jersey City. Our full sponsor list for the summer coming soon!

See you next week in the Park!

June 8th will be our first film of the season if it doesn’t rain…so SAVE THE DATE….and we think with all the rain we’ve had this spring it’s going to be a perfect summer for Films in Van Vorst! RIGHT???

We are working on quite the lineup with new films, old films, a documentary and another audience poll!!  Stay tuned…we will post within the next few days.

In the meantime….you can help us keep bringing free films to you….two ways:

Donate–Want to be a sponsor? Email us filmsinvanvorst@aol.com or you can join us for our June 10th Golf Outing —tickets available at Eventbrite VVPA 2016 FORE!

This summer is the 30th anniversary of the classic 1985 adventure comedy,

Josh Brolin, Cory Feldman and Jeff Cohen it tells the story of

in order to save their home from foreclosure.

Dust off those lawn chairs, call your friends–after the sun sets on Wednesday June 10th…and if it’s not raining (fingers crossed), we start up our 11th Season of Films in Van Vorst!!

With a generous donation from Dixon Leasing –we will be showing our films on a new screen and with a new projector!  And we couldn’t have the season without additional help from Silverman: Building Neighborhoods, PSE&G, and JCMC Barnabas Health, The City of Jersey City, The Friends of Van Vorst Park & the Van Vorst Park Association–we are VERY GRATEFUL to all–

We are working out the details of the rest of the season and hope to have that finalized in the next few days!!

Bring a chair, Bring a friend–the movie & popcorn is on us!

Summer is fast approaching and we are super excited about our 11th season!

That’s right, 11 years a team of dedicated volunteers from the Van Vorst Neighborhood have brought you movies for free under the stars in our beautiful park.

This year, with a GENEROUS donation from our friends at DIXON LEASING:a subsidiary of DIXON ADVISORY we are purchasing a new projector and a new screen.  It’s been 10 years and the technology has changed so much that we felt it was a good time to invest in new equipment and Dixon stepped right up and volunteered to help us out!!

We also need to thank our friends  at Silverman: Building Neighborhoods, PSE&G,  Jersey City Medical Center/Barnabas Health, The Van Vorst Park Association & The Friends of Van Vorst Park and the City Of Jersey City for their generosity.  Without them, we would have a great screen & projector but no films…. we truly appreciate every dollar donated!!

If you’ve been coming to our movies you know the deal. We are on every other Wednesday, this year starting June 10th.  The Wednesdays in between are our “rain dates”.  We typically wait till the very last minute to cancel–we HATE to postpone…but the weather sometimes just doesn’t cooperate.  We will post any cancellations on Facebook, or via Twitter @VVPAJC.  We also use JC List and this website to get the word out. Remember, bring a chair, bring a friend, bring your dinner~the movie an popcorn are on us.

Stay tuned to hear about our exciting season!  And in the meantime, if you want to learn how to get involved email us at vvpanews@gmail.com. We can always use volunteers !

The winner at the 2014 Academy Awards for Best Documentary Feature film,

it tells the true story of the backup singers behind some of the greatest musical legends of the 21st century. Triumphant and heartbreaking in equal measure, the film is both a tribute to the unnamed voices who brought shape and style to popular music and a reflection on the conflicts, sacrifices and rewards of a career spent harmonizing with others. Archival footage and interviews with Bruce Springsteen, Stevie Wonder, Mick Jagger and Sting to name just a few. 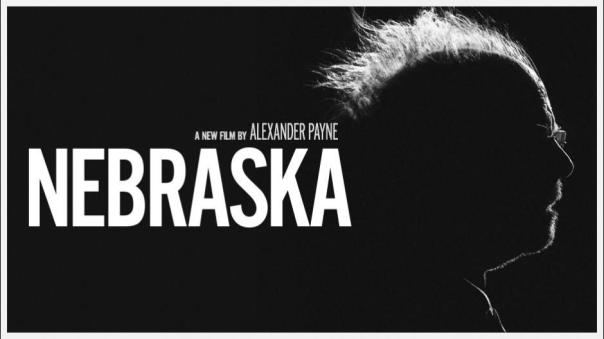 A film from the director of  “Sideways” and ” About Schmidt” and starring Bruce Dern and June Squibb, Nebraska was nominated for 6 Academy Awards in 2014 including Best picture, director, screenplay, cinematography, actor(Dern) ,supporting actress( Squibb)

In order to claim a million-dollar Mega Sweepstakes Marketing prize, an aging, booze-addled father makes the trip with his estranged son from Billings, Montana to Lincoln, Nebraska, where the father grew up and has scores to settle. Told with deadpan humor and a unique visual style, it’s ultimately the story of a son trying to get through to a father he doesn’t understand.

A medical engineer and an astronaut work together to survive after a catastrophe that destroys their shuttle and leaves them adrift in orbit.

After a stint in a mental institution, former teacher Pat Solitano moves back in with his parents and tries to reconcile with his ex-wife. Things get more challenging when Pat meets Tiffany, a mysterious girl with problems of her own.